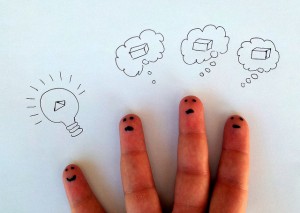 Recent McKinsey reports (1, 2) have predicted a disruptive revolution in technology that will change the landscape of manufacturing. According to McKinsey, it is vital that the technology strategy of companies extends beyond product innovation into process innovation and the ways those technologies can be used to improve their supply chains and manufacturing.

In this post, I will examine the nature of process innovation, the role of technology in it, and the technologies McKinsey predicts will bring about the next disruption.

First of all, it is crucial to understand that process innovation also happens without any new technologies. If this were not the case, then companies working with the same level of technology should experience similar levels of productivity, which is clearly not happening.

Toyota Production System (Lean manufacturing). The grand daddy of process innovation, the Toyota Production System began its journey in Japan in the early 1950s and completely changed the landscape of manufacturing with a plethora of innovations such as Single-Minute Exchange of Die (SMED, a method through which setup times have been decreased even up to 97.5%), pull production, and Just-In-Time (JIT). The most famous showcase of its transformative power was displayed in the 1980s at the NUMMI auto plant, a joint venture by Toyota and GM, in which one of GMs worst plants was transformed into a high-quality car factory – with almost completely the same people on board.

Tesco applying Lean principles in the fast-moving consumer goods (FMCG) industry. Tesco did a lot of work on modernizing its supply chain in the late 1980s and early 1990s through technology, and achieved considerable improvement, dropping lead times from suppliers (through central warehouses) to stores from 19-32 days to just 5 days, and increasing its average service levels from 92% to 98.5%. However, in 1996 it reached a point where it had to turn to non-technology sources of process innovation, and it turned to Toyota. Hard work on its processes enabled Tesco to reach service levels up to 99.8%.

Theory of Constraints and Critical Chain Project Management. Eliyahu M. Goldratt was a management theorist whose work on Theory of Constraints (TOC, 1984) helped significantly reduce manufacturing lead times and his later work on Critical Chain Project Management (CCPM, 1997) did the same for project management. Ironically, TOC was initially accompanied by a software program meant to be used in its implementation, but people were happy to use the principles without the software, which caused Goldratt to lose his job at the software company and move on to consulting.

A new technology as such is not a process innovation. For example, flexible manufacturing systems make it possible to increase the productive hours of machine tools significantly, but unless the process is changed together with the investment, many benefits will remain unachieved.

That said, let’s take a look at the technologies McKinsey predicts will disrupt the manufacturing industry:

Advanced robots can manipulate smaller objects and a wider range of objects. They can also work side-by-side with humans (collaborative robots) and be taught by shop floor operators instead of separate programmers.

While the capability of robots to manipulate a wider range of objects and work with humans instead of behind closed doors no doubt have potential to increase productivity, are these features disruptive? Some human work can be replaced by robots, but with estimates ranging from 15% to 25% of tasks, and robots still costing a fair bit of capital, this does not sound too disruptive. Unless new ways of working can be found where the new features are taken advantage of, these features are just one productivity improvement step among many others.

3D printers are currently 0.02% of the manufacturing sector, but their sales are increasing rapidly at rates close to 100% per year. 3D printers are currently mostly used for rapid prototyping and for manufacturing parts that need to be both extremely lightweight and durable. In the future, 3D printers could result in distributed production networks, first for spare parts and eventually even replace many low-volume factories.

The additive manufacturing revolution has been coming for a long time, and it is very likely to become a reality – after all, why would we want to manufacture objects by removing material from sheets or billets if we could instead just use the right amount of material and simply build the object with no waste whatsoever?

Again, however, 3D printing as such does not bring about a disruption – new business and operating models do, and those still need to be developed to supplement the developing technology.

Cloud computing, mobile communications, and the Internet of Things are the spearheads of this technological disruption. Again, however, the technologies themselves do not bring about disruption, they need new operating models to complement them. To see this, let’s look into some examples McKinsey gives of the upcoming disruption:

Three-dimensional virtual assembly and testing of a vehicle will redefine what it means to be proximate to innovation. When considering manufacturing of physical goods, this is only half-way there. Concurrent engineering (simultaneous engineering of the product and the manufacturing process) is an important part of product development, and relying on virtual models cannot yet fully replace traditional production engineering. Manufacturers know that it is completely different to manufacture by a millimeter than it is to do so by a hundredth or a thousandth. Virtual is great for software, but the more accurate physical objects we manufacture, the less great it is.

Amazon.com is employing growing numbers of smart warehouse robots. Indeed, the number of warehouse robots is being increased ten-fold at Amazon this year. Still, do they fundamentally change the way a fulfillment center operates? It is still a large warehouse, to which products are brought and then gathered for shipping to customers. While the internal operation can be made a lot more efficient, the Lean methods to eliminating inventory (which Amazon already uses to a great extent) have had a much more profound impact on the overall value chain.

Plant managers can monitor machines on their iPhones and make real-time decisions about how to optimize production in a factory. I am not completely convinced by this one, either. There are already very effective ways to run a factory, and none of them involve the need for real-time decision-making on plant manager level.

Companies are the center of a whole ecosystem and need to cultivate and develop their supply base. I absolutely agree with the sentiment, but on the other hand, this is exactly what Lean companies such as Toyota and Tesco are doing right now, and quite successfully.

Products will communicate with each other, with robots and advanced machines inside factories, and with customers and suppliers. This one, the ultimate form of the Internet of Things, is definitely something disruptive. I cannot even fathom all the possibilities this is going to open up – incidentally, doesn’t that mean that it is not just the technology that is going to disrupt the field, but the processes that are built on top of it? However, this still seems to be quite far away.

Crowdsourcing and other forms of social collaboration. McKinsey mentions crowdsourcing only briefly in conjunction with 3D printing, even though it touches upon a real, already-existing technology the disruptive potential of which is just beginning to be uncovered. Social collaboration tools as such are not disruptive, they only become disruptive when combined with new processes that could not be realized without such tools. This is actually a great example of the role of technology in disruptive innovation: social collaboration tools have been around for a while now, but so far there are only few who can use them to good effect. At the height of the hype many companies wanted to start using them because that was the thing to do, but they had no idea what to do with them, and consequently achieved poor results.

Technology is much easier to apply in product innovation than process innovation. A superior technology can make an old product obsolete beyond any doubt. When it comes to process innovation, things are much less clear cut: there are highly successful agile software teams that track their workload with a physical kanban board, for example. The role technology plays in processes is not obvious at all, because even though applying new technology can improve an existing process, other modifications to it without applying any new technology could have proven to be even more effective.

Technology can be used to make processes more effective, but in order to do so, it has to always be accompanied with innovation on how to apply it to a specific process and even consideration whether it can actually improve any specific process beyond what could be done without any technology at all.