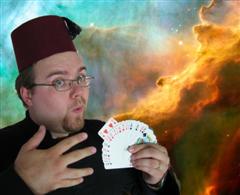 Helsingin Sanomat, one of the main newspapers in Finland, published an article on a “magic trick” performed in the public home care for the elderly in the city of Helsinki. This magic trick reduced the workload of personnel while improving the well-being of their customers. (Here is a link to the article itself, it is in Finnish)

Obviously, there is no actual magic at work – just work. However, it looks like an interesting case of process improvement in services, so let’s take a look at what Helsingin Sanomat reported on the new system and what kind of general framework this work is linked to.

The key to unlock improvements was recognizing the bottlenecks. In home care for the elderly, these are from 8 a.m. to 10 a.m. in the morning and from 8 p.m. to 10 p.m. in the evening: the times when people need help in getting out of bed, taking their medicine, and going to bed.

In order to protect the bottleneck, all non-essential tasks were moved away from these hours: weekly visits, showering, walks outside, and grocery shopping were moved to separate visits at the customers in the afternoon.

Changes to working hours were crucial in accomplishing the improvements. Previously, employees worked in two eight-hour shifts, and weekend work could result in seven consecutive work days and individual days off. In the new system, a work shift lasts nine hours, but there are never more than four consecutive work days and there are always two consecutive days off. Overall, employees have eight days off work in each three-week segment. With the new work shifts, more people are at work in the afternoon thanks to overlap of morning and evening shifts, which enables longer afternoon visits and improved service.

Furthermore, buffers were built in to the new system, as four employees were set aside to a reserve pool to cover any absences. Previously, such absences were covered by temporary workforce, but now they are handled by full-time personnel.

Cost-wise, the goal is to reduce costs while improving service and well-being at work. Currently, the number of sick leave days and outsourcing purchases have been reduced, but there have also been some additional costs related to evening and weekend work.

Bottlenecks, buffers – now where have I heard these words before?

The language of bottlenecks and buffers does not come from the original article, but is rather my interpretation of the text. Still, those are terms that the description of the events is easily translated into.

The framework I have in mind here is Theory of Constraints (TOC). While TOC is more well-known in manufacturing, the same general ideas can be modified to apply in services as well.

Upon closer examination, the magic trick turns out to be an application of Theory of Constraints!

How deep is the rabbit hole?

Alas, one could also take a different look at the case. This other lens I have in mind is Single-Minute Exchange of Die (SMED).

SMED is one of the Lean tools invented at Toyota, where it is used to reduce changeover times of machinery. When you need to start producing a different part on a machine, there is a lot of work involved. So much in fact, that it used to be accepted that the changeover process would take several hours, during which the machine could not be operated. With the SMED technique, Toyota has reduced changeover times from hours to minutes.

The SMED process is roughly as follows:

What was done in Helsinki could also be described as an application of SMED. The bottlenecks in mornings and evenings were limiting the overall process, and therefore they identified which operations were internal to those visits and which ones were external and could be moved to a less busy time.

I am sure what was done in Helsinki could be described in terms of many improvement methodologies. In the end, the methodology used does not matter, the improved service and well-being matter. Various methodologies merely provide us with lenses through which we can examine the world and find ways to do things better.