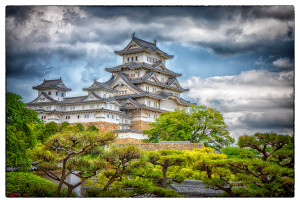 Lean is not the Japanese way

One crucial misconception is the idea that Lean is the way Japanese companies are run. This is far from the truth. Lean is based on Confucianism and is definitely not representative of Japanese thinking in general. For a Toyota veteran perspective, you can take a look at these two blog posts on Toyota’s focus on people development and learning written by Katie Anderson after her long discussions with Isao Yoshino, a retired Toyota executive of 40 years.

So, in short, the greatness of Lean has very little to do with the success of Japanese companies, because Lean is not a popular management philosophy even in Japan.

Has the competitive advantage of Lean been exhausted?

The argument continues that Lean tools and methodologies are now so commonplace that they no longer provide a competitive advantage. Here we arrive to the crucial question, what is Lean?

It is indeed true that many companies apply 5S, A3 reports, SMED, value-stream mapping, and 7 wastes as part of their process improvement toolkit, but I don’t think any of those are essential to Lean. I have worked with many companies that are recognized for their Lean efforts, and seen a number of shop floors that are fine specimen of what a 5S work environment looks like. Yet, among the companies I have visited, I don’t think a single one of them had grasped the essence of Lean.

By far the most popular way to “do Lean” in the West is to use the process improvement tools and methodologies, most of which have been pioneered by Toyota, and the mechanical application of this toolkit indeed offers only limited competitive advantage.

At its very core, Lean is all about learning. There is only one tool that is truly essential to Lean, and that is the PDSA cycle, because that is the foundation of systematic learning.

The more general framework of how learning is built in to the Toyota culture is best described in Mike Rother’s phenomenal book Toyota Kata – still the most important book on Lean in my opinion.

OK, so if Toyota has this awesome learning culture, why is Toyota not doing better? The official line since 2010 has been that Toyota focused too much on growth and felt too good about themselves, and forgot to keep learning. Even the best are not beyond reproach. That said, Toyota is doing quite alright nowadays, dwarfing the earnings of the US Big Three automakers.

It seems that good old Lean may still have something worthwhile to offer.

Why is Lean not on the table among top executives when they discuss strategy?

Lean has traditionally not been associated with strategy in the West, only with process improvement – and that’s an operations thing, below strategic level.

However, given the traditional Western idea of a firm as an entity the only purpose of which is to generate profits for its owners, Lean is a mismatch. An essential part of a Lean company is its focus on helping each individual within the company live a fuller, more satisfying life, and to help them strive to improve both themselves and the firm at the same time.

Given the environment and view of what firms are all about prevalent in the West, is it any wonder that such discussions do not reach the top echelons of corporate management?

Two roads to an increased relevancy of Lean: CSR and dynamic capabilities

However, there are two trends that both work to make Lean more relevant.

The first trend is the increasing demand for corporate social responsibility. We are beginning to recognize that there is, in fact, no such entity as a corporation that is only responsible for creating profits for its owners. Corporations are part of society, and no part of society can be one-dimensional. Just like economics without an understanding of psychology could not create accurate predictions, companies are not simply financial entities with no effects on other spheres of life. Adopting Lean as a management philosophy can be one route to increase corporate social responsibility and make the company a more integral part of the society it is surrounded by.

The second trend is the faster pace of business and the corresponding emphasis on dynamic capabilities as a strategic asset. Whereas many executives of old preferred a top-down view of management, and would not tolerate dissent, nor even active thinking on the lower rungs of the corporate ladder, the ever faster pace of business forces companies to empower individuals to make decisions on the spot. The way to ensure you have capable people on all rungs of the corporate ladder is to adopt a company-wide focus on learning – such as Lean. Strategy becomes a matter of capability-building, not just an annual event for the top management to decide on a course on relatively calm seas.

The road is still not an easy one

One major remark, though. It is not easy to build a learning organization full of highly-motivated people. Helping people become better takes a lot of time and requires the coaches to not give out all the answers, even when they have them. Perhaps an executive could solve a problem within a single day himself, but in order to develop the problem-solving skills of others, he may need to wait for a month to get an issue solved by someone else, guiding them along the way of course.

Even should you decide to pursue a Lean path, success will not come overnight.