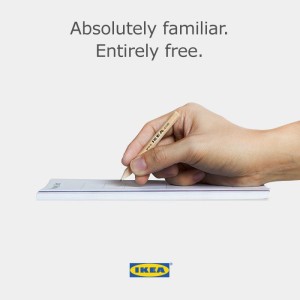 You think it’s about technology, but it’s not

Thing is, (continuous) improvement is not about technology. Technology is something you use to make things faster once you already know the solution – technology implementation project is not the place to invent the solution.

Toyota turning the tables upside down

Last year, a news item about Toyota spread to many media sites. Bloomberg, for example, ran the story with the catchy title Humans Replacing Robots Herald Toyota’s Vision of Future. Obviously, the title had little to do with reality – robots were not going anywhere. What was really happening was that Toyota had realized that they needed to understand the work more deeply in order to be able to get the most out of machines.

Mitsuru Kawai, a Toyota employee running the program, commented then: “We cannot simply depend on the machines that only repeat the same task over and over again … To be the master of the machine, you have to have the knowledge and the skills to teach the machine.” By the way, Mr. Kawai received a major promotion this year for his efforts, so I guess the results have continued to be good.

Lean is about doing what works

The IKEA bookbook and IKEA Pencil can also help illustrate another Lean lesson. Lean is about doing what works. If you can get by with a whiteboard, you do not have to buy a tablet just because that’s the cool thing. If you have a team that’s working remotely things might be a lot different and you might actually need those tablets, but even then, if you can’t get a local team to collaborate with a whiteboard, you don’t stand much of a chance to get a remote team to collaborate with tablets.

So, while the IKEA ads are funny, they also serve to remind us of these simple lessons: improvement is not about technology, it is about understanding the issue deeply and then doing what works. And just like the IKEA Pencil, doing what works often ends up being entirely free, and not a million dollar IT project.