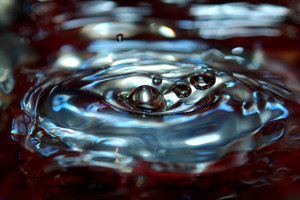 I have written about many themes that touch the corporations of today in this blog over the years. Themes such as Lean, social business, dynamic capabilities, Lean Startup, intrinsic motivation, and service-dominant logic each have had their time in the spotlight.

With all these themes and theories, what is the big picture? I believe there is, in fact, quite a coherent picture that can be painted from all these themes, and that picture provides some much-needed answers on what a dynamic organization looks like and how to build one.

Why should I build a dynamic organization in the first place?

The world is not static, and new innovations – products, technologies, and services – threaten to replace any company that fails to keep up. Many argue that this is a recent phenomenon, but in the history of economic thought this view has been well-known (if not always mainstream) at least since the work of Joseph Schumpeter in the early years of the 20th century.

One of the most well-known cases of a major company falling from grace in the past years is Nokia and its mobile phones business. Once a dominant force, Nokia missed a number of key innovations in the mobile space, most importantly the use of a mobile phone as a service platform. What is perhaps less well-remembered is that a mere decade earlier Nokia was the innovator, and the incumbent that was set to fall down was Motorola.

It is one thing to build a successful company, and quite another to build a company that is able to retain its success over the years. Returning to Schumpeter, it is apt that economics recognizes a form of profits that has been named after him: Schumpeterian rents. Schumpeterian rents are the profits earned by innovators before the innovation has become widely imitated by others. Depending on the field, such profits can be earned for decades, or for mere months, but one thing is clear: they do not last forever.

Thus, it is common to see companies rise to the top only to fall down. The falling company then usually makes a major effort to achieve a turnaround, an attempt that is sometimes successful. Textbook cases include the likes of Harley-Davidson that reinvented itself as a community for its customers instead of an engineering company in the early 1980s and IBM that reinvented itself as a service company instead of a hardware company in the 1990s.

However, is it really necessary to go through this cycle of success and failure? Could a company reinvent itself constantly and not fall victim to complacency? If such a feat can be accomplished, it requires building a dynamic company.

The three building blocks of a dynamic organization

There are three fundamental areas that an organization has to address:

How a company addresses these questions determines how dynamic it is.

Companies do not create value. They can, however, help their customers create value, and understanding this difference is a key insight on the journey toward a dynamic organization.

Value is subjective and determined by the beneficiary. There is no one size that fits all. Actually, there never was, but as we have learned to produce things more effectively and also customize things more effectively, this becomes even truer. Whereas in the golden days of mass production our awe at our newfound ability to actually produce things at scale overwhelmed the nuisance that these things were not an exact match to any of the customers, the upcoming days of mass customization mean that more precise matches will be available at more competitive prices. After a brief intermission, companies now need to understand each of their customers more deeply again, just like a cobbler or tailor of old, only this time this deep understanding can be combined with having millions of customers.

In order to sense what their customers consider valuable, companies need to adopt methods of rapid experimentation and iteration and embrace technologies that enable them to establish dialogue with many customers, typically over the internet. An interesting ongoing example of this in the online gaming space (a hobby of mine) is how Armored Warfare (AW) is currently in early access phase working on challenging the sole ruler of the online tank battle games, World of Tanks (WoT): WoT has remained stagnant, while highly profitable, for a period of time now, and a nimble challenger who is constantly innovating and demonstrably listening to its customers is an interesting sight.

Companies also need to recognize the networks of actors and institutions that provide service to their customers, and be proactive in innovating reorganization of these networks. This is what Uber and Airbnb have done – they have reorganized the network that provides the service customers want, and thus carved a place for themselves in an area where previously there was none.

When it comes to designing the system a company operates with, there is a fundamental truth in the old adage “Work smarter, not harder.”

There is one special consideration that is important when building a dynamic organization. Sure, you can have a group of black belts solving your problems, but the only way to build a dynamic organization is to distribute the responsibility for problem-solving throughout the organization. Only then can you have enough people solving problems all the time in order to achieve the rapid pace needed in order to be called dynamic. This places a great responsibility on the shoulders of each manager, as they need to ensure that people reporting to them have a chance to grow.

In order to really supercharge this approach, technology can be used to give these efforts greatly improved reach. Social collaboration tools can be used to build networks within the company, between a network of companies, and directly with customers. This enables more connections, more ideas, and greatly increased serendipity.

The path to sustainable, long-term motivation is through intrinsic motivation, which consists of four factors:

Autonomy. People want to have control over their life and their own activities. This can be supported by empowering people to make decisions and take responsibility for their work.

Mastery. People want to become better at what they do. This can be supported through training, coaching, and giving people tasks that challenge them.

Relatedness. People want to feel connected to other people. This can be supported by building a culture of togetherness at the company, for example via horizontal career moves – making people walk in other people’s shoes. Fostering such generalists can also improve innovation.

Purpose. People want to be part of something greater than themselves. This can be supported by having a clear vision and purpose for the company.

Building the processes of the company in a way that takes these factors into account goes a long way toward creating a culture of togetherness at the company.

However, it is vital to also point out that people need to be motivated to improve on the status quo at the company. Complacency creeps in easily and almost unnoticed, and no organization is immune to it: not even organizations with a great track record of continuous improvement. Improvement is a never-ending cycle – the moment you stop improving, you start to get worse. Coaching people on continuous improvement and giving them sufficiently challenging tasks can help maintain the sense of urgency needed to keep improvement efforts ongoing.

This has been my attempt to provide a birds-eye view on how a number of independent theories can be combined to create a coherent system with which to guide an organization. Of course, this system-level view itself is always a work in progress that is continuously being improved upon. Nonetheless, I believe that such a combination of various theories is extremely useful in building an organization that is able to stand the test of time thanks to its dynamic nature.