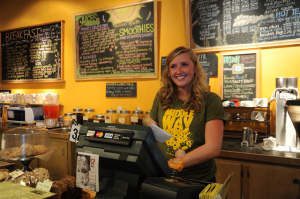 Platforms are all the hype nowadays. It seems as if the silver bullet to success for any enterprise is to become a platform following a trend set by the iPhone with which Apple disintegrated Nokia as a smartphone giant.

However, I argue that this belief in the power of the platform is ultimately misplaced and only manages to capture the superficial instead of the core underlying principle. In order to understand why, we need to turn to service-dominant logic.

Service-dominant logic is based on the fundamental premise that value is subjective and created in use. This is reasonably well illustrated by the famous quote: “People don’t want to buy a quarter-inch drill. They want a quarter-inch hole.” (It’s not a perfect example though, here’s a good short post on it)

This makes service, not goods, the fundamental unit of exchange. Contrast this with the traditional goods-dominant logic, according to which goods have value as such, and manufacturing goods embeds them with value. According to service-dominant logic, goods have no value outside of their subjective value in use. If I have an old Commodore 64, it is useless to me if I need to use a computer for most things computers are used for nowadays – but it might be valuable to me if I was into retro gaming. A Commodore 64 has no value in itself unless I have a use for it.

This is a good time to introduce two technical terms used in service-dominant logic: density and service ecosystem. Density is ”a measure of the amount of information, knowledge, and other resources to which an actor has access at a given time and place to solve a particular problem.” A service ecosystem, in turn, is ”a relatively self-contained, self-adjusting system of resource-integrating actors connected by shared institutional logics and mutual value creation through service exchange.” (Definitions from Vargo’s and Lusch’s 2014 book Service-Dominant Logic: Premises, Perspectives, Possibilities)

What is a platform?

An article on platforms by Evgeny Morozov was recently published on The Guardian, and it provides us with some great material to examine from a service-dominant logic point of view:

First, “Most platforms are parasitic: feeding off existing social and economic relations. They don’t produce anything on their own – they only rearrange bits and pieces developed by someone else.” Truer words never spoken, and from a distinctly goods-dominant perspective. Platforms are not about goods, but about service – rearranging bits and pieces to provide a service for a customer is supremely important.

Second, ”Instead of the tired conventional model, with individual firms competing for customers, we are witnessing the emergence of a new, seemingly flatter and more participatory model, whereby customers engage directly with each other. With a smartphone in their pocket, individuals can suddenly do things that previously required an array of institutions.” (emphasis added) The last sentence of this quote truly captures the essence of service-dominant logic. Platforms have deinstitutionalized some of the old institutions, and set themselves up as the new institutions, thus changing the service ecosystem instead of simply selecting an existing market to enter.

Third, ”However, with the transition to knowledge-based economy, these peripherals are no longer really peripherals – they are at the very centre of service provision. Today, any service provider, and even content provider, risks becoming hostage to the platform operator, which, by aggregating all those peripherals and streamlining the experience of using them, suddenly moves from the periphery to the centre.” (emphasis added) This is exactly as predicted by service-dominant logic: providing the service to the customer makes you a central player.

What can non-platform providers do?

Just like service-dominant logic can be used to explain why platforms are so powerful, it can also be used to draft some counter-strategies for companies that do not desire to become platform operators themselves.

(As a side note, this is an aspect Vargo and Lusch do not really explore, as they focus on market creation when it comes to applications, but one that is explored to an extent by Pekka Puustinen in his book FinancialServiceLogic, specifically from a value creation point of view.)

Disintermediation. The big word of the early-2000s, getting rid of middlemen. Why didn’t the internet give us this result instead of platforms? Getting rid of middlemen seems like a winning idea if you think goods have value as such, but when you realize they don’t, you begin to see the value middlemen can help create. Incidentally, you can also see the value they prevent from being created – value brought about by a deep understanding of the needs of your customer. Middlemen can help create value by presenting more choices, and a tailored selection of choices, but that is still not as good as service specifically tailored to your needs. Getting rid of middlemen without also using that as an opportunity to understand your customers better is not really helpful, but really understanding your customers can be game-changing.

Take advantage of platforms. Just because a platform succeeds doesn’t mean you cannot. In most areas, platforms also compete with each other (Uber vs Lyft, Android vs iOS, PS vs Xbox, Spotify vs Apple) and that means you have options available ranging from multi-platform support to exclusivity to even using platforms as simply one channel among others.

In the end, it all boils down to service. If you are able to provide the service that best meets the needs of your customers, they have no reason to turn to a platform instead of you.

As a more tangible example of what this type of thinking can mean for an individual company in a particular context, I wrote an analysis on Hachette last year, highlighting the need for publishers to take a service approach in order to survive the double squeeze between Amazon and self-publishing. If you’re looking for a more practical and less theoretical example, give that a try.