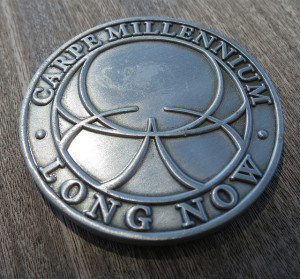 The stereotypical privately-owned company is slow whereas a stereotypical public company is twitchy and run on a quarterly basis. Although these may be stereotypes, they do contain a grain of truth as well. For a company to be great, it needs to learn something from both perspectives.

The lesson to be learned from many privately-owned companies is long-term thinking.

I used to work at Fastems, which is one of the companies owned by the Aminoff family in Finland. While the owners were not involved in daily operations, they were no strangers to the company either. One phrase was often heard from members of the family, so much so that it became a popular adage within the company. That phrase was: “For us, a quarter means 25 years.”

As a traditional owner family, it is a matter of pride for each generation to run the family business portfolio as well as possible and to make sure that the next generation will receive control of the portfolio in as good as, or preferably in a better shape than it was when the previous generation received it.

“We’re able to focus on customers and the long term, rather than activist investors”

Long term is not reserved just for traditional family-owned businesses. The above quote is from Michael Dell, the founder of Dell, who took the company private in 2013 after 25 years as a public company.

On perceptions as compared to reality

This is not to say that perceptions are completely meaningless. Stephen Elop’s famous burning platform letter is not something you’d ever want to see – no company should kill the demand for its existing product before it has a viable alternative, even if it knows that the existing product has entered a decline (there are still lots of things you can do on a declining market).

Similarly, value itself is ultimately a matter of perception. The value a customer creates with your service is subjective, there is no way around that. However, even here you can look at the value from different time horizons: the immediate perception of value is not always the final perception of value, and it is often the case that we do not realize how important something is until we no longer have it.

For a company that is in it for the long term, it is better to build something of value than to just build a perception of value.

Is there a cure to short-term thinking?

I’m afraid that short-term thinking may be inherent in the stock market system that we use. You can buy a piece of a company to hold it and gain profits over the years, or you can buy it in hopes of rapid increase in market value to sell soon (and then there’s also shortselling, but I will not venture deeper there). The motivation of the shareholder can be anything. Perhaps it is more accurate to say that short-term thinking may be inherent to mankind.

In a best-case scenario, the board maintains a long-term focus and is able to explain this to the shareholders, while the short-term requirements of the shareholders keep the company firmly grounded in the present as well.

It is always difficult to balance the present and the future. Whereas privately-owned companies often struggle to remain agile, the current balance in public companies seems to have tipped a bit too far towards neglecting the future in favor of the present. This is why it is a good idea to study the lesson of long-term thinking from privately-owned companies. Perhaps an individual cannot change the whole system, but even within the current system it is possible for the owners to change the way individual companies are run.