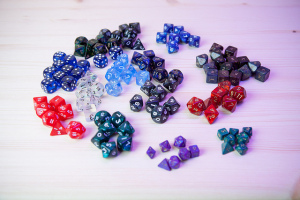 We live in a world full of uncertainty. If there was no uncertainty, waterfall would be an infallible project management method and a well-written business plan would be the key to success for any startup.

So, given that uncertainty exists, we face the question what to do about it. The traditional answer has been to reduce uncertainty and thus make things manageable, and there are still many advances that can be achieved in that field.

However, the more uncomfortable question is what do we do about things that remain uncertain? What if some of this uncertainty is inherent, something we are never able to remove? In such cases, we need to build systems to manage this uncertainty, even harness it, instead of merely attempting to reduce it.

With more sophisticated systems we can gather more data and make more accurate predictions. Thus, it is easy to think of the world as something we can manage once we have a system in place that is sophisticated enough.

Even if we could build a system to eliminate uncertainty, it is unclear whether we should do so in many cases. For example, consider the difference between an ERP system and Just-in-time (JIT) production: an ERP system attempts to forecast the future, whereas JIT production is built to accept rapid changes through a combination of pull and flow.

Even if we could build an infallible ERP system, there is a risk that it would be incredibly complicated and thus difficult to understand and maintain, while producing no better results than JIT production.

Furthermore, it is by no means clear that we can ever build a system that eliminates uncertainty.

First, there is inherent uncertainty regarding what people want. The famous story about the birth of post-it notes at 3M is a great illustration of this. Spencer Silver invented the adhesive used in post-it notes in 1968, but there was no immediate application for it. Silver kept promoting his invention internally at 3M, and eventually Arthur Fry came up with the idea to use it in paper notes to keep them in place temporarily. However, this was not the end of the story. Numerous market research campaigns failed to validate that there was a need for this new product, and it was only when people actually used the product that they realized that they needed it in many places.

Second, there is inherent uncertainty regarding what people know. Companies are often attempting to build competence databases within their HR systems to track what their employees are capable of, and while this work is valuable – it is good to know who have operated a certain machine at a factory, for example – it is unlikely to ever be complete. It would be exceedingly difficult to track all the experiences of all employees (even at the workplace, not to mention that we learn outside of work as well), and there are also big questions about privacy looming over building such a system.

Systems have been developed to manage both of these types of inherent uncertainty. The two examples I’ll take a look at are Lean Startup and social business.

Lean Startup is a development methodology built on Lean principles for environments that feature major uncertainty.

The core idea in Lean Startup is to rapidly build a skeleton product, called Minimum Viable Product (MVP), and take it to actual customers in order to learn what works and what doesn’t and then rapidly improve the product based on these experiences (both verbal or written feedback as well as observation).

The intention of a Lean Startup development team is not to fail fast and often, but to first create hypotheses on what the customers want and then build a product to test these hypotheses in practice, followed by formulation of new hypotheses based on the learning that takes place. Thus, Lean Startup applies the scientific method to iterate its way to a product that is actually useful to a group of customers.

Social business is an operating methodology based on transparency and wide participation. Because we are unable to completely determine who knows what, our best option is to make information as transparent as possible so that people can self-select to participate. This transparency can be restricted to within the firm, to within a supplier network, or even completely public, depending on the situation.

In order to prevent information overload, social business often relies on methods such as activity streams where the purpose is not to make everyone read each individual item, but instead have people skim the stream for topics that interest them, and to reach a portion of the target group in order to increase the probability that some of the people who see the item may have important contributions to make. In this way, social business relies on serendipity as a central mechanic for improving end results.

As the above examples show, it is possible to manage uncertainty, and this may be desirable both in cases where building a system to eliminate uncertainty is too costly and where there is inherent uncertainty that prevents eliminating it.

One notable feature of systems that manage uncertainty is that they tend to be empowering instead of controlling. A command-and-control mindset is not suitable for managing uncertainty, because with uncertainty comes a greater need to react rapidly and on all levels of an organization. For many organizations, this is a major challenge, as they need to fundamentally alter the way they are lead in order to cope with increasing uncertainty.