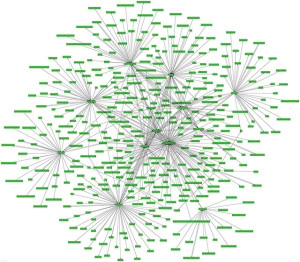 Where do innovations come from? The Soviet scientist Genrich Altshuller scoured through tens of thousands of patents in the mid-20th century to find an answer, and his findings suggest that generalists may have an important role to play in fostering innovation.

Altshuller’s findings from the study of patents

Altshuller found a number of key patterns in his study of patents. Problems and solutions are repeated across different industries and sciences, and problems in one field have often already been solved in another. Furthermore, the same inventive principles are successful in solving problems regardless of the field. Technical evolution is also based on trends and the development of a system over time can be predicted. These findings led Altshuller to develop an innovation method called TRIZ. (There is a great book on TRIZ in English by Gordon Cameron, called Trizics, in case you want to dig in to the method itself.)

Altshuller classified the patents according to their degree of difficulty, and came up with five levels of inventiveness:

Levels of inventiveness, specialists, and generalists

Specialists routinely make level 1 inventions in their daily work. In fact, studies conducted more recently indicate that there are huge numbers of level 1 inventions being made all the time – they are often just so small that they are not even patented.

However, that still leaves a majority of inventions, and ones that are potentially highly profitable for companies to pursue, untouched. The path to level 2 to 4 inventions is to keep up-to-date on what is happening on a wide number of fields, to combine existing information in new ways or in new fields in order to deliver great results.

Hiring people who have a very narrow focus, or keeping existing employees limited to narrow roles is counterproductive to the goal of innovation. Promoting horizontal moves within a company helps people build a more broad vision of the field. Some companies are even in the happy position that they work in numerous fields themselves, in which case people can gain a large skillset from internal transfers. Internal transfers are also especially useful in breaking down silos, as people who move between units in an organization develop an understanding of what happens in other parts of the organization.

When it comes to hiring, companies often prefer to hire within the same industry. From an innovation point of view, this may be an error. Hiring people with experience from industries the company does not have good connections to may in fact be turned into a significant competitive advantage through innovation.