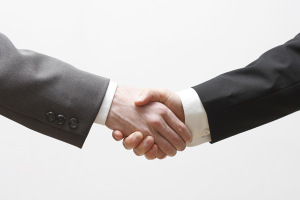 Companies are constantly looking for ways to be more effective and more focused. This places a major strain on the support functions, as they need to prove their worth in creating value for the business or face more and more cost-cutting measures and outsourcing. This has led practically all support functions to seek a deeper partnership status with the core business units. However, therein lies a problem: how many partners can the core business units have? Is it viable for all support functions to become business partners? If it isn’t, which ones of them can reach this level?

Obstacles on the road: not understanding business needs

The first thing that is needed in order to reach a partnership status is for the support function to understand business needs. This is not a simple task by any means. A couple of stories might serve to illustrate this.

I used to work at Fastems, which is quite well-known in Finland for its use of social collaboration tools to enable business outcomes. As one of the key architects of the system they had, I gave a number of presentations on the subject in seminars and during benchmarking visits. The majority of people who attended were responsible for internal communications in some form, either in a communications department or HR, and the general feedback was always astonishment as to how we had accomplished such a level of employee participation, and how they too wanted to get people to discuss with each other across sites and functions using social collaboration tools.

I always continued the discussion by trying to probe what is it that they want people to talk about, but at that point the answers became vague. You see, at Fastems the discussions were centered on the business: the social intranet was a place to promote and discuss ideas, feedback, R&D initiatives, and customer projects in a semi-structured way. Fastems never built a social intranet for the sake of having a social intranet – in fact, the social collaboration platform was acquired for business purposes and eventually usurped the communications-led intranet. Unfortunately, the great majority of communications and HR people I met at various events wanted a platform for people to just discuss. While their goal often was a more open corporate culture, they did not have a connection between this desire and actual business.

Another example of the same issue, this time with a happier ending, is a story from the time Fastems was working on its EU-OSHA award-winning cultural transformation. During that project, I worked a lot with our Business Controller, a really smart young lady who had worked at Fastems since graduating, for around 8 years by then, climbing her way up the finance organization. During the workshops it turned out that she had never actually seen or used any of the products (industrial automation systems), and while she was good with numbers, many of the numbers she used in her daily work carried no tangible meaning for her. This problem, however, could be corrected, as it was not caused by her lack of desire to understand the business, but by the fact that people had not previously thought that finance should understand the business, so she had never been given an opportunity to learn it.

Thus, the first step on the road to partnership is to understand business needs. The two main obstacles to this are either that people in the support functions do not think that they need to understand the business, or that they are not given an opportunity to learn it.

Obstacles on the road: overlapping responsibilities

Even if all support functions understand business needs, another problem may arise: is the space getting too crowded?

This is hinted at in a recent book, Building a Global Learning Organization: Using TWI to Succeed with Strategic Workforce Expansion in the LEGO Group. As LEGO is on a Lean journey with a whole Lean department to support this journey, which function do you think implemented Training Within Industry (TWI) at LEGO? I guessed Lean, but I was wrong. It was HR. The overlapping problem is mostly hid between the lines in the book, but it is mentioned several times that the Lean organization was not part of the pilot project and in the final estimation from management the lack of clear responsibilities between HR and Lean is listed as one of the points that need to be addressed in the future.

There are many support functions that compete for the spotlight, maybe even C-suite representation, such as:

Add to these that business units can also hire for consultative roles within the units, and you get a large number of potential partners.

When looking a CxO-level roles, it is clear that such a role cannot be awarded for each of these functions in a single company.

The paradox of a Lean department

There is a certain paradox involved with building a Lean department. Lean is fundamentally a management philosophy that should permeate the entire company on all levels and be adopted by all leaders. Thus, many Lean departments see it as their ultimate mission to make themselves unnecessary – while recognizing the enormity of the task and having no clear project plan on how to actually achieve that point.

One trend to address the partnership issue is to separate administrative/transactional elements of support functions from the more strategic elements within them, and treat the two differently. One example of this is Ram Charan’s proposal to split HR in two in HBR in July 2014 and another is Deloitte’s Service Delivery Model of shared service centers, centers of expertise, and business partners.

After such a split, the transactional elements tend to be grouped up, either integrated into one of the major support functions or set up as a separate shared service center. The knowledge-based elements can then be set up to more of a partnership model, in Deloitte’s language either as business partners who are focused on specific units or as centers of expertise that offer knowledge services to a wide variety of units.

Returning back to the Lean ideal of a Lean department making itself unnecessary, could this happen with support functions in general? Could the line managers acquire such a variety of skills that what they need from support functions is only transactional and not strategic support?

At the very least, every leader needs one or more sparring partners and coaches. Every aspect of a situation can rarely be grasped by a single mind, and in business the amount of time available is usually limited, so it is vital to grasp all aspects of a situation fast.

Perhaps a network of leaders can solve this challenge, with managers from different areas acting as sounding boards for each other. This could be further enhanced by the business units hiring for consultative roles within, depending on the major focus areas of the unit and the skill sets of the existing managers there (and people in these consultative roles could, in turn, network with other people in similar consultative roles – which would still be different from having such independent functions, as all these roles would remain closely connected to the business). The problem here lies in not knowing what you don’t know – if there are aspects than no one in the line organization appreciates, but the importance of which they could realize if they had proper help, they may never acquire that proper help.

This may lead us to an organization where all the important aspects are recognized at top-management level and from there the individual business units are guided to making choices regarding their partners that best match the needs of the individual units.

Leaders need support, and they need help identifying the kind of support they need, but support functions as such can only serve, not lead.

Seeking a limited number of partners

There probably is no single right answer as to how the support functions should be organized. However, it is vital to prevent bloat and competition between the support functions. If left as individual kingdoms, each attempting to prove their strategic value, the condition can easily become one where many partners are providing mostly the same service, only in a bit different shades.

The optimal answer might well be to have well-rounded leaders who are networked with each other, but the road there is long and winding.

In the meanwhile, one option is to seek further integration of the strategic levels of the various support functions – something a Lean department already does in a way, although it often ends up competing with the existing departments when they are left intact despite the transformation attempt. The solution might be not creating a Lean department in the first place, but instead integrating the existing support functions under a single umbrella, whether it’s the CFO, a Chief Strategy Officer, or a Chief Support Officer. I would be tempted to keep the CFO and finance separate from the rest, as they usually already have a lot on their plate, and integrate the others into a single entity. This would also prevent them from being hidden beneath finance.

This type of organization would enable the creation of knowledge-based centers of excellence that do not have to be based on the old support function boundaries, but can instead be organized thematically in order to support the business in its important issues.

This type of organization would also enable business partner roles that are tailored to the specific needs of specific business units at a specific time for cases when embedded support is deemed necessary. These varying generalist roles that serve embedded in the business units would also serve as a potential way to groom people into line management roles, thus creating an environment where people would naturally move between support functions and business units during their career, gaining a wide variety of skills.

So, can all support functions become strategic business partners? If they exist as separate functions, no they cannot. No one can have that many partners. However, if the support functions are properly integrated, the knowledge possessed in each of them as we know them today can be used in various partnership situations, so in that sense, yes they can.