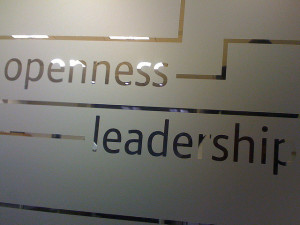 In recent weeks, Raph Koster has been writing interesting post-mortem articles about Star Wars Galaxies. One point in particular caught my attention from a leadership point of view: the state in which the team was left in after Koster’s departure and his regret over his failure to train a replacement before he left.

Koster’s story is not a rare one. I have been through similar experiences myself. It is the difference between managing a team and leading a team, and it is a difficult lessons to learn. In this post, I want to dig a little deeper into management and leadership, and how it affects the growth of the team members.

The three levels of management

It would be simple to divide management to two levels: either you manage to grow your employees or you don’t. However, I think it is a bit more complicated than that.

The manager who goes too deep into micromanagement is a familiar figure. An incapacitating force, a micromanager clogs the decision-making in his part of the organization as the team members have neither the authority nor the courage to act on their own. Upon the departure of a micromanager, the team is left confused and possible unable to even tend to the daily operations effectively.

My first managerial position was running a documentation team, and I made this exact mistake while doing so. The processes and end products were constantly improving, but while my team was empowered to act on daily operations, I took too much responsibility for driving improvement. So what happened when I left for other tasks? The daily work went really well, but improvements stalled almost completely. This is a much more devious result, as because there are no immediate effects, it can take a long time to notice that something is not quite right.

Finally, we arrive at a point where the manager has a chance to turn into a leader. You become a leader when you empower your team to act on daily operations, and in addition keep them involved in the future development and vision – not just imposing your vision on others, but working together with them to create and implement that vision. Working together is the key – simply delegating all tasks is neither management nor leadership.

I like to believe that I reached this level in my next managerial position, running a continuous improvement team, where I had the pleasure to genuinely support and witness personal growth in my team. It is a delicate balance to work together: not keeping too much under your own control, and not delegating too much either, but to keep coaching and collaborating. It is a North Star I still work my way towards, although nowadays with a pretty clear idea of what it looks like.

To recap, we can divide management into three levels:

While micromanagement is often guarded against nowadays, the key point here is to recognize that independence in daily operations is not enough to ensure the growth and development of team members – it can only be achieved through developing the work together.

I run my own consultancy business, so if you find the ideas on this blog intriguing, contact me at consulting@kilkku.com or call me at +358 50 588 5043 and we can discuss how I can help you solve your business problems. I am currently based in Turku, Finland, but work globally. Google+ View all posts by Ville Kilkku