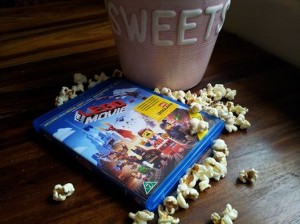 Lego has been subject to significant criticism for perpetuating gender stereotypes since its introduction of the Lego Friends series in 2011. Furthermore, while the recent Lego Movie has received almost universal praise, most articles that examine it from a gender point of view remain critical.

In this post, I will examine how Lego Friends and Lego Movie both act as crucial parts of fulfilling Lego’s mission, to “inspire and develop the builders of tomorrow,” and how the criticism aimed against them lacks a big-picture view of how they carry out Lego’s mission.

Lego and girls, a long history of not getting it right

Up to the 1980s, Lego was extremely gender neutral (David Pickett has written a rather comprehensive piece on Lego sets and gender representation). Minifigures first began to exhibit clear signs of gender in 1989, and the first clearly girls theme, Paradisa, was launched in 1992, followed by Belville in 1994.

At the turn of the century, the gender dichotomy really started to show: first the 1999 license of Star Wars brought conflict into the Lego universe, and the subsequent 2001 product launches Jack Stone and Bionicle moved Lego’s own IPs into the world of action figures.

In 2003, Lego launched the Clikits product line, which was aimed at girls and had nothing to do with Lego bricks, and celebrated it as the result of four years of marketing research (it failed utterly).

According to the usual critique, Lego succumbed to the gender stereotypes prevalent in the market instead of maintaining its own identity. What this critique fails to take into account, however, is the fact that at the turn of the century, Lego was failing. In fact, without Bionicle, Lego would have went bankrupt. Lego does not hold power over consumers: if consumers buy gender-oriented products and not gender-neutral ones, what can a company do? Keep creating gender-neutral toys until someone has to turn off the lights?

Exact consumer statistics are not available, but what is known is that in 2011, 90% of Lego kits were purchased for boys. It could be argued that the portion of girls may have been larger before, as Lego’s marketing was heavily focused on boys at that time, but given the fact that none of the girls-oriented series had ever showed up in the top seller lists, it is unlikely that the ratio had completely changed.

The action-oriented approach had nonetheless kept Lego alive, and its product portfolio was still heavily focused around the Lego brick, thus living its mission to develop the builders of tomorrow. At least partially, as it was not developing very many girl builders.

In December 2011, Lego launched its new girls-oriented product line, Lego Friends. The result of four years of marketing research (ironically, the exact same phrase used for Clikits), Lego Friends was an instant success. It sold twice as much as expected in 2012, and Lego was unable to scale up its production capacity of the pieces to fully satisfy demand (as any parent who went Christmas shopping in 2012 can attest). It also became the first girls-oriented Lego series to show up in Lego’s annual report top sales list, reaching fourth place in sales in 2012.

Lego Friends was subject to heavy criticism for being too girly, especially in its marketing campaigns, but two facts remain: (1) it rapidly became the best-selling Lego product of all time among girls, and (2) it is a genuine Lego product based on the Lego brick. Thus, it expanded Lego’s reach to develop the skills of builders of tomorrow, precisely according to Lego’s mission.

Lego Movie and the gospel of creativity

Lego had reached more young builders than ever by 2013. Yet, in addition to criticism based on gender, one other prevalent recent criticism remained: whereas the old Lego experience was one of creative building, the current sets had become highly structured and instructions played a central role.

Was there anything Lego could do about that? That seemed like a long shot, as even though Lego still supplied bricks in a box without instructions, the demand for those just was not there. What could possibly affect young minds and teach them about creativity? Hmm.. How about television?

The story of the Lego Movie is also the story of Lego itself. Once upon a time, Master Builders were free to experiment with anything and creativity abounded, but then it became more and more important to follow instructions, and the ability to think outside the box diminished. However, the power to build, to be a Master Builder, is within each and every child, if they can only be made to realize it.

The Lego Movie is Lego’s attempt to continue to fulfill its mission, to “inspire and develop the builders of tomorrow,” in an age where the builders do not realize their own potential. First, Lego managed to ensure its own survival through accommodating to the more streamlined and gender-oriented market of today, then it managed to capture a larger share of the market than ever, and now it is working on developing the builders of tomorrow, just as its mission statement instructs. Now that is some serious commitment to a company mission.

Does it work? Can a company really change the market? That is hard to say, but perhaps this conversation I had with my son after watching the Lego Movie gives some hope:

Me: “So, would you like to build some Lego models now?”

Son: “With or without instructions?”

Me: “How about without?”