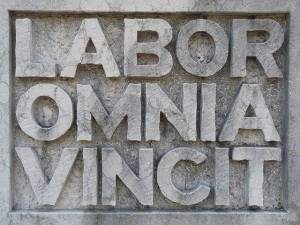 Yves Morieux’s and Peter Tollman’s Six Simple Rules: How to Manage Complexity without Getting Complicated is one of the most interesting books on designing and leading organizations published this year. Morieux has been refining the concept for the past few years, as the rules made their first appearance in his Harward Business Review article in 2011, and featured prominently in his TED talk in October 2013.

Morieux’s basic argument is that complexity is best managed by creating practices that promote autonomy and cooperation, and he advocates six rules, adherence to which results in fostering the correct behaviors for improved performance throughout the company.

In this post, I will examine Morieux’s six rules and compare them to Lean, because, even though Morieux does not mention Lean at all, and sometimes writes about processes in a negative manner, it seems obvious to me that there would be many similarities in companies guided by either set of principles. As a matter of fact, at least the Lego Group has utilized both Morieux’s guidance and Lean in practice.

I will also compare Morieux’s rules to social business, as that comparison will highlight some interesting potential development in the way work is organized.

According to Morieux, the six rules are both necessary and sufficient, i.e. none of them are redundant and all of them are needed to achieve the desired results. The first three rules increase the autonomy of people, and the last three rules increase the cooperation between people. Together, they create a framework for solving complexity without resorting to complex organization structures or processes.

Rule #1: Understand what your people do

The first rule is about genuine understanding of what people do and why. It goes beyond job descriptions to understanding what people actually do during their working days, and it also focuses on analyzing the reasons behind their behavior.

Behavior is explained in terms of game theory, and human action is seen as rational and strategic: people have goals, they have resources with which to achieve those goals, and they have constraints that hinder them from achieving their goals. By understanding the goals, resources, and constraints, human behavior can be predicted – and these predictions are often contrary to what might seem logical to management at first glance.

An example of this understanding is showcased with a case study of a hotel company that goes by the pseudonym InterLodge. InterLodge had a problem. Both the occupancy rate and the average price point per room were below target. Organizational restructuring, target setting, and incentive programs were attempted, but all failed to improve the situation in any way.

After a month of studying how actual work was done at InterLodge, the core issue began to emerge: housekeeping teams were so busy trying to reach their productivity targets that maintenance issues often went unreported. Furthermore, as guests checked in late in the evening, these issues became apparent only after the maintenance team had already went home for the day. The receptionists were then facing angry customers all alone, and their main goal had become to avoid getting yelled at. They achieved this by solving the problems themselves, offering new rooms to the customers, or giving discounts. Despite training and incentives to the contrary, these were the rational solutions for the receptionists to solve their most pressing issue, and resulted in a low occupancy rate (rooms kept in reserve) and a low price per room (discounts). The key to solving the issues was to give the receptionists more power to influence housekeeping and maintenance, and create more cooperation between the functions, including lateral career moves that made people see their work in a larger context.

Integrator is not a separate role, but instead any person in the organization who is in a position central to cooperation and who has both the power and desire to foster cooperation and make people work together.

In a typical not-yet-cooperative organization, there are two types of people who are good candidates for reinventing into integrators:

The autonomy of people is increased by distributing power throughout the organization. Furthermore, power is not a zero-sum game, there are ways to increase the total amount of power in the organization: for example, whenever new requirements come into play, managing them creates a need for power. What is important is to ensure that power remains distributed, not necessarily equally, but distributed nonetheless, so that there will not be a situation where some people become too dominant (and thus prone to not cooperate).

In order to increase reciprocity, Morieux strikes against what he calls three misconceptions about roles and objectives:

What should then be done instead?

Rule #5: Extend the shadow of the future

This rule has been summarized quite aptly by Jørgen Vig Knudstorp, the CEO of the LEGO Group “Blame is not for failure, it is for failing to help or ask for help.” It is necessary to go beyond the end result, to an in-depth understanding of how the end result was achieved, or not achieved, and how people cooperated, or refused to cooperate, which brought about the result.

Lean is not just about business, it is a way of life. It is the application of the Confucian ideal of perfection to work life. There are many ways to express what Lean is about, and I prefer to simplify it into three principles:

Create value for the customer: Customer determines what is valuable. If the customer does not appreciate (and thus, by extension, be willing to pay for) some feature, that feature is irrelevant. A company should strive to create maximal value for its customers.

Respect people: All human beings are improvable and perfectible through personal and communal endeavor. Continuous improvement towards perfection (which Toyota calls the True North) is a desirable goal in all things, even though full perfection can never be achieved. Therefore, all people, all employees, deserve the opportunity to improve themselves and their work and full support from the organization in doing so.

It should be clear based on these principles, that the scope of Lean is much larger than that of Morieux’s six simple rules. Morieux’s rules are not value statements, they are highly practical guidelines to managing the increasing complexity of work. They do not guide you to create value for the customer, or even respect people as such. Therefore, the question is, are Morieux’s rules compatible with Lean principles, and if they are, are they useful for developing a Lean company.

Six simple rules and creating value for the customer

The first rule, understanding what your people do, plays a major role in eliminating waste. Then again, this is not new to Lean, this has been the crucial first step of every Lean turnaround ever, in the form of going to the gemba, value-stream mapping, and other methods.

Rule #3, increase the total quantity of power, also plays a central role in Lean: by bringing the decision-making authority to the shop floor, waste is reduced and operations are made more effective.

Are there any incompatibilities between six simple rules and Lean?

Lean and six simple rules view processes in a bit different way. Morieux emphasizes that too much clarity is a bad thing, whereas Lean is often based on accurate processes that are constantly challenged and improved upon. However, this conflict is more apparent than real: Morieux is addressing highly complex environments where multiple conflicting requirements cause problems, and in such environments creating highly detailed processes is not practical anyway.

Thus, Morieux’s six simple rules fit in quite nicely for implementing Lean principles in a complex environment. Using them together with Lean principles also gives them a fuller meaning and guides the way the rules are used.

Social business is another philosophy, one of autonomy and transparency, that makes for an interesting comparison with the six simple rules. I define social business to consist of three principles:

Empower employees and customers: Decision-making is widely distributed within an organization. Customer input is collected whenever possible and rapidly reacted to.

Promote transparency and openness: All information is widely accessible, except when there are special reasons (e.g. legal reasons) to restrict access.

Again, the six simple rules seem to fit together quite nicely with these ideals. Yet, here we come across more differences than with Lean.

Prediction markets are an example of such large-scale collaboration typical in social business. They rely on wisdom of the crowds, really collaboration in the sense where it is furthest away from cooperation. Whereas the six simple rules manage things on a micro level, social business can also take a macro level view and provide benefits outside the scope of the six simple rules.

Morieux’s six simple rules are a practical framework that can be used to support a Lean turnaround. They are fully compatible with Lean in the environment where they have been designed for (complexity), although Lean principles give them an even fuller meaning, complementing them nicely.