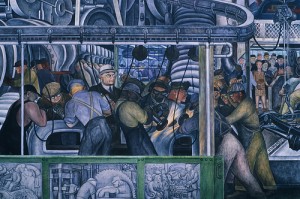 Nowadays, Taylorism is almost a derogatory word. Furthermore, often any form of process management is seen as undesirable. This is a shame, and one that merits a brief journey back to the beginning of the 20th century to come to a more complete understanding of what Taylorism and processes are about.

The origins of Taylorism, application of science to management

Frederik Winslow Taylor, after whom Taylorism is named, was an American engineer who sought to improve manufacturing operations by applying scientific methods to the development of processes.

This does not sound bad at all, right? Indeed, themes such as analysis, logic, rationality, and standardization of best practices do not sound suspicious at all.

Taylor did not get everything right, though, and unfortunately there were a couple of things he got wrong that tainted much of what was good: continuity and respect for people. Taylor did not realize that the best system was constantly subject to change as the environment in which we operate changes, for example as a result of technological innovation. He also held workers in very low esteem and considered them incapable of improving work methods, instead preferring that work to be reserved for specialists. These errors still affect the way processes are viewed by many people.

As an example, Supercell CEO Ilkka Paananen gave the following comments in an interview in December 2012: “Quite frankly, it’s not fun to work in those sorts of [big] companies. They’re run by process, and top-down management … Of course we have some processes, but basically everybody hates processes here — for there to be a process of any kind, there has to be a really good reason.”

Andrew McAfee wrote the following in his book Enterprise 2.0:

It’s easy to understand where this faith in structure originates. It’s at least as old as the theories of the pioneering industrial engineer Frederick Winslow Taylor, who at the beginning of the twentieth century advocated studying work to determine the “one best way” of accomplishing it and then making sure that all workers followed the new standard. Later in the century, the quality revolution led by W. Edwards Deming, Joseph Juran, and others stressed that the best way to ensure consistently satisfactory outcomes was not to focus on the outcomes themselves, but rather to control the process used to create them. This could mean, for example, taking away a worker’s right to adjust his machine after it generated a single bad part and giving this right instead to an engineer who will use the techniques of statistical process control to determine if the machine had truly drifted out of specification.

I could quote many other examples if I thought it necessary to reinforce my point. Processes have come to be equated with top-down management and disenfranchisement of workers. However, it is important to realize that processes and top-down management are logically separate and there is no particular need for them to be connected.

As a matter of fact, W. Edwards Deming never advocated removing the opportunity of anyone to affect his own work, although he did demonstrate rather convincingly that it is harmful to adjust a machine after a single bad part has been produced and instead the variance needs to be monitored statistically in order to make good decisions – which can be made on the shop floor by the operators with the help of control charts! The way he is described as one of the people who wanted to take rights away from workers just goes on to show how deep the hatred of processes runs and how tainted anything associated with processes appears.

Hatred of processes is based on a profound misunderstanding. Processes as such do not remove the possibility to affect one’s own work. They do give work structure and standards, which in turn make it possible to systematically analyze work and improve it through lessons learned. Removal of processes turns work into a series of ad hoc decisions with no continuity, no lessons learned, and no possibility for systematic improvement.

In Lean, the relationship between workers and processes is markedly different. Processes do play a central role as a way to ensure steady quality and elimination of waste, but there are two major differences compared to the Tayloristic model:

These differences compared to Taylorism are direct effects of Lean’s Confucian view of man as a self-learning and self-improving creature on a journey towards perfection. With this view of man, it is simply impossible to adopt Taylorism. I do not claim that the creators of Lean consciously framed their thoughts in this manner, but this view of man was nonetheless a driving force that made Lean into what it is today. This is also one explanation for the way Lean evolved in the US to Lean Six Sigma with its reliance on experts – with a different view of man, it is easy to return to the expert-run improvement cycle that is against the very core of Lean.

It is worth noting that the high level of employee participation does not always come naturally. In some studies, many workers have actually preferred less control and responsibility over their work. If this is a real issue, it is one that Lean shares with social business and other anti-Tayloristic systems of management, as they are all based on a high level of employee participation.