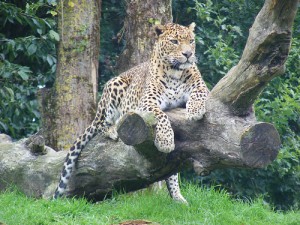 Respect for people is a central value in Lean, and it is also often misunderstood. Respect for people in Lean is more about improving each person towards perfection, and less about nice behavior. To fully understand this point, it is useful to go to the source, Taiichi Ohno, the main creator of the Toyota Production System.

The Confucian roots of Lean

In Taiichi Ohno’s Workplace Management, Ohno recollects studying the Analects of Confucius while in school, and quotes from the Analects multiple times. In particular, Ohno points out that it is important to quickly admit when you are wrong and to revise orders immediately when they are found to be ineffective. When seen from this point of view, there are also other elements in Lean that seem to stem from Confucianism.

To quote Wikipedia on Confucianism, its core is “the belief that human beings are teachable, improvable and perfectible through personal and communal endeavor especially including self-cultivation and self-creation.” Self-learning and self-improvement have a prominent place in Lean, to the point that it is fundamentally impossible for management to improve operations, they can only challenge and help the shop floor employees to improve them. This is the core of respect for people in Lean.

In Workplace Management, Ohno also mentions another form of respect for people: taking care of their physical well-being. Ohno discusses this when considering robotics, and notes that one reason to use robotics, even if it increases costs, is to use them to do work that is dangerous in order to further the respect for people. In order to keep improving, it is necessary to be alive and well, so this aspect is nicely linked to the core idea.

Respect for people as mutual improvement

In his book Gemba Walks, James P. Womack provides an insightful account of what respect for people means for managers at Toyota :

The manager begins by asking an employee he or she supervises what the problem is with the way work is currently being done. Next the manager challenges the employee’s answer and enters into dialogue about what the real problem is. (It’s rarely the problem showing on the surface.)

Then the manager asks what is causing this problem and enters into another dialogue about its root causes. (True dialogue requires the employee to gather evidence on the gemba [where the work takes place] for joint evaluation.)

Then the manager asks what should be done about the problem and asks the employee why he or she has proposed one countermeasure instead of another. (This generally require considering a range of countermeasures and collecting more evidence.)

Then the manager asks how they – manager and employee – will know if the countermeasure has achieved a positive result, and again engages in dialogue on the next indicator.

Finally, after agreement is reached on the most appropriate measure of success, the employee sets out to implement the countermeasure.

Over time I’ve come to realize that engaging in this problem-solving process is actually the highest form of respect. The manager is saying to the employee that the manager can’t solve the problem alone, because the manager isn’t close enough to the problem to know the facts. The manager truly respects the employee’s knowledge and his or her dedication to finding the best answer. But the employee can’t solve the problem alone either, because he or she is often too close to the issue to see its context, and may refrain from asking tough questions about his or her own work. Only by showing mutual respect – each for the other and for each other’s role – is it possible to solve problems, make work more satisfying, and move organizational performance to an ever-higher level.

In this example, both the manager and the employee are improving each other and themselves by working together. It is possible to get closer to perfection through co-operation than it would be alone.

What about being nice?

Taiichi Ohno was not known for being a particularly nice person. An often told story is that Ohno took new graduates to the shop floor, drew a circle on the floor with chalk, and made the graduate stand there and observe the process around him. Ohno would go about his other duties and return later to inquire what the graduate had observed. If the answers were not pleasing to Ohno, he would leave the graduate to observe some more.

Ohno himself described leadership as a competition of wits with subordinates in these words in Workplace Management:

Ohno also mentions numerous times that is it important to improve yourself to become a person that others will follow. This is still not the same as being nice, although t is a step in that direction.

This close relationship between some Confucian ideals and Lean raises the question how easy it is to apply Lean in the West, where the cultural heritage is different. However, the Confucian values that are most prevalent in Lean are actually quite well-represented in the Western culture as well. To understand this point, it is necessary to take a look at two influential philosophers, Aristotle and John Stuart Mill.

The Confucian doctrine of the mean is very close to the Aristotelian golden mean, which is the ideal middle state between extremes. The Aristotelian ideals have remained influential in the West through Christianity and the 20th century revival of virtue ethics. Thus, this concept is not culturally strange to Westerners either.

Of course, not all people subscribe to the views of Aristotle and Mill, and they are not fully in harmony with each other either. However, the point is that the values behind respect for people in Lean have a strong place in the Western culture, and as such are not beyond an impossible leap.

Strive for perfection trumps being nice

There is nothing wrong with being nice. However, it is important to realize that in Lean, it is more important to strive toward perfection than it is to be nice. It is important to get people to participate, and to an extent being nice can help with that, but being sincere, honest, and willing to admit your errors will help more in the long run.

Being nice can even be detrimental if it goes to the extent that no one should be criticized and no one’s feelings can ever be hurt. That kind of management leads to stagnation, the eventual erosion of good practices, and the inevitable fall of the company. This is why strive for perfection trumps being nice in Lean.

Photo: Sri Lankan leopard by Marie Hale @ Flickr (CC) (Because Confucius said that we should change gracefully like a leopard)