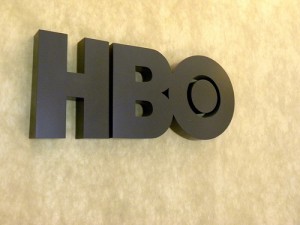 A few months ago things seemed bright for the Nordic online consumer: on-demand streaming services were in a race to announce their coming to the Nordics with both Netflix and HBO announcing their arrival and energizing the existing providers like Viaplay to ramp up their marketing campaigns as well.

The service with clearly the highest expectations from consumers and the best value proposition was HBO: we were supposed to get all back catalog series as well as all new episodes within 24 hours of their US premiere via the internet on demand service. The promises were outstanding. Unfortunately, they were cut short and now HBO faces a difficult struggle to rebuild its brand in Finland (and from the little I have read, also in the other Nordic countries, although I am not as well-informed about them).

Everything started out great with a well-received launch event (Finnish newspaper article, blog post in English) on 30 August 2012 in Stockholm and the opening of the @HBO_fi Twitter account on the same day.

This rather impressive list of promises created a lot of buzz in various technology communities in Finland, such as MuroBBS and DVDplaza. Let’s face it, on-demand streaming is not yet mainstream in Finland and many broadband subscribers do not have anything with which to connect their TV to the internet, video game consoles being the primary means. Therefore, technology, gaming, and home theater enthusiasts are the main target group.

Unfortunately, HBO has failed rather miserably at keeping its own promises. I’ll walk you through it to show you just how extensive their failure is (Note: this section has been updated on 25 July 2013, and life is a bit better but still not good):

… and here come some bonuses

Unfortunately, the bad news don’t end here. A few things were revealed as the service finally started, mostly in terms and conditions, that came really out of the blue and further hurt HBO’s reputation:

HBO reserves the right to use and sell the users’ personal data pretty much as they please:

“HBO will also use personal data for direct marketing or other advertising via e-mail and other channels of HBO and other companies’ services and products.

Oh, you can actually opt out of this advertising. All you need to do is send a letter to HBO in Sweden (HBO Nordic AB, Kungsträdgårdsgatan 20, 11147, Stockholm)! Yup, that’s right. No online opt-out for a wholly online service.

You can register up to five devices for use with the service, but only one can be used at a time. Therefore, it is not possible for a family to watch different programs at the same time. This is not altogether unheard of, although Netflix offers better terms with two simultaneous streams.

Oh, and as a final touch, early reports indicate lots of issues with multiple platforms. The hashtag #hbonordic is where the conversation is at. Hopefully these are just temporary issues, but they further reinforce the point that the service was launched too soon, even if it was two months late.

So did we learn anything from this?

One thing that can be learned from this is that when you set expectations, you need to meet them.

A good comparison is Netflix that launched in Finland a bit before HBO. There has been very little negative discussion about Netflix, even though the selection is very limited and for the most part rather old. This is what was expected! Based on the UK launch, the expectation was that the selection is nowhere near US levels. However, Netflix has delivered a very smooth experience that works like a charm and really works on multiple platforms. Their main issue is the amount and quality of content, but that did not surprise anyone, they delivered what they promised and executed it well.

Another lesson that could be learned is that you need to check your facts. While some of the issues that are troubling HBO may be going away sometime soon and software development schedules are not that easy to estimate, some of the issues are things that HBO should have known already in August, such as the way they have licensed their original content and how that affects what they can offer in their streaming service. There is really no excuse to getting that one wrong.

Furthermore, don’t be an ass. An online service with very poor privacy terms that can only be opted out of via regular mail to a foreign country? You have got to be kidding me. This sort of thing does not go unnoticed anymore. Even hidden in terms and conditions, which I am sure many users do not actually read, some people will dig them up (I first saw the issue discussed in MuroBBS immediately after the launch) and information spreads like wildfire nowadays.

Finally, although it is sometimes a difficult line to draw, it is often a good idea to launch when you are ready. OK, so there was some criticism of HBO for the delayed launch, and Netflix got a head start on them. Still, now they have made things worse by launching a subpar product. A good launch in early March, in good time before the next season of A Game of Thrones, could have brought them masses of paying customers. A new season of a popular series might still accomplish that, but some customers may now be lost forever having lost all faith in the company.