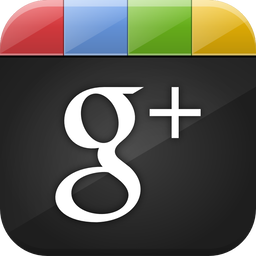 I have a hard time finding a place for Google+ among my social networking activities. I love the idea of circles and easily being able to share more targeted content and adjust who can see what, it can really make a difference in integrating personal and professional networks into a single service. However, there are several things that cause it to fall short of replacing any of my existing social networking sites.

I use Facebook to connect with friends and family, including many who I’ve otherwise mostly lost contact with: high school classmates, friends from my college days, and co-workers from old jobs. Thing is, Facebook use is quite universal nowadays, and I can find even the non-tech-savvy friends of mine there.

The problem with Google+ is that no one is there. I have 68 friends in Facebook. One of them is on Google+.

Feature-wise Google+ could replace Facebook for me, but whether it can replace an already established network among others than early adopters is not obvious.

I have a love-hate relationship with LinkedIn: almost everyone in my line of work is there, so it offers great networking opportunities. However, its use is quite different from Google+.

On LinkedIn, it’s not about status updates, at least none of my connections use them all that much. The action is in Groups and Answers, and Google+ doesn’t really have an equivalent to either. There just aren’t similar professional networking options available on Google+.

Oh, the hate part about LinkedIn? The user experience of both Groups and Answers. They are a pain to navigate and find content in, and no matter how I set up my email notifications, they are not very useful. And to think one can subscribe to 50 Groups! How on Earth can anyone keep track of it all? I can barely participate in discussions in a couple of Groups. I think both are great ideas, and I hope LinkedIn will take a good, hard look into making them easier to navigate.

For me, Twitter is the ideal social networking site at the moment. Short messages that are visible to everyone and easy to search gives it tremendous power. It is not a place where I would discuss truly personal matters, but it is an unparallelled networking powerhouse.

A couple of examples of things that can only happen on Twitter:

Furthermore, because the tweets are so limited in length, it is easy to browse through a large number of them to see what is going on and if anything interesting is being discussed. The character limit is a blessing at least as much as it is a curse.

On Google+, no one can hear you scream

I have read from multiple people how liberated they feel on Google+ compared to Twitter now that there is no strict character limit as an obstacle. Sorry for lack of references, but I’m sure you will recognize the sentiment regardless.

However, the lack of character limit is one of the things that actually make Google+ more difficult to use when used in the same way as Twitter: long posts, many with large graphics, make the streams cumbersome to follow, as it is a lot of work to scroll through everything.

It is also much easier to be found on Twitter than it is on Google+. It is easy to set up some keywords to monitor on Twitter (hey, many companies do it too, just try to write something about your experiences with McDonalds or Dell and see) whereas on Google+ your scream is lost in the void.

I am sure many influential early adopters are not experiencing this issue in the same way: they all are in the circles of thousands or tens of thousands of people. But I wager that even they are affected because of the greater length of individual posts on Google+ that makes any stream more difficult to watch.

I do realize that you can directly mention someone in a Google+ post, and that may cause the post to appear in the person’s notifications (depending on settings). Perhaps this helps in cases where you speak of certain people instead of a subject, but these mentions are still nowhere near as easy to browse through as the mentions in tweets in Twitter, because the tweets are so short.

I can’t use it to connect with friends, because no one is there.

I can’t use it to replace LinkedIn Groups and Answers, there is no such functionality, even though the entire concept of Circles is ideal for integrating personal and professional use into the same network.

I’m not all that convinced that I can use it to replace Twitter either. Should I cross-post all my musings from Twitter to Google+ as well? That could work, but I still find such cross-posting cumbersome. Should I stop using Twitter? No, Google+ is not quite the ideal replacement.

I definitely won’t use it to replace my blog, for multiple reasons, such as full control over hosting, content, and backups, as well as advertising, should I choose to implement any.

Actually, this post started as an attempt to figure out Google+ on Google+. Now that I’m almost done, I realize that I’m going to cross-post this into my blog as well, because in Google+, hardly anyone is going to see this anyway.

Ending thoughts on Google+ and business

There is much speculation on what the upcoming business pages will be like in their final form, and how Google will let Google+ affect their search results. As discoverability in internet search engines is one of the key aspects in business nowadays, deep integration with search could make Google+ presence all but mandatory for companies. This could create a curious situation where participation in this particular social network is more important for companies than for individuals. This is something I’m keeping an eye on.